DALLAS, Feb. 24, 2021 — Postmenopausal women who ate high levels of plant protein had lower risks of premature death, cardiovascular disease and dementia-related death compared with women who ate less plant proteins, according to new research published today in the Journal of the American Heart Association, an open access journal of the American Heart Association.

Previous research has shown an association between diets high in red meat and cardiovascular disease risk, yet the data is sparse and inconclusive about specific types of proteins, the study authors say.

In this study, researchers analyzed data from more than 100,000 postmenopausal women (ages 50 to 79) who participated in the national Women’s Health Initiative study between 1993 and 1998; they were followed through February 2017. At the time they enrolled in the study, participants completed questionnaires about their diet detailing how often they ate eggs, dairy, poultry, red meat, fish/shellfish and plant proteins such as tofu, nuts, beans and peas. During the study period, a total of 25,976 deaths occurred (6,993 deaths from cardiovascular disease; 7,516 deaths from cancer; and 2,734 deaths from dementia).

Among the key findings:

“It is unclear in our study why eggs were associated with a higher risk of cardiovascular and cancer death,” said lead study author Wei Bao, M.D., Ph.D., an assistant professor of epidemiology at the University of Iowa in Iowa City. “It might be related to the way people cook and eat eggs. Eggs can be boiled, scrambled, poached, baked, basted, fried, shirred, coddled or pickled or in combinations with other foods. In the United States, people usually eat eggs in the form of fried eggs and often with other foods such as bacon. Although we have carefully accounted for many potential confounding factors in the analysis, it is still difficult to completely tease out whether eggs, other foods usually consumed with eggs, or even non-dietary factors related to egg consumption, may lead to the increased risk of cardiovascular and cancer death.”

Researchers noted that substitution of total red meat, eggs or dairy products with nuts was associated with a 12% to 47% lower risk of death from all causes depending on the type of protein replaced with nuts.

“It is important to note that dietary proteins are not consumed in isolation, so the interpretation of these findings could be challenging and should be based on consideration of the overall diet including different cooking methods,” said Yangbo Sun, M.D., Ph.D., co-author of the study, a postdoctoral research scholar at the University of Iowa in Iowa City and currently an assistant professor of epidemiology at the University of Tennessee Health Science Center.

The analysis also revealed that women who ate the highest amount of animal protein such as meat and dairy were more likely to be white and have a higher education and income, and they were more likely to be past smokers, drink more alcohol and be less physically active. Moreover, these women were more likely to have Type 2 diabetes at the start of the study, a family history of heart attacks and a higher body mass index — all risk factors for cardiovascular disease.

The AHA’s 2020 Dietary Cholesterol and Cardiovascular Risk advisory notes that given the relatively high content of cholesterol in egg yolks, it remains advisable to limit intake. Healthy individuals can include up to one whole egg or the equivalent daily.

The study had several limitations including that it was observational, based on self-reported data at the beginning of the study and lacked data on how the proteins were cooked. In addition, the findings may not apply to younger women or men.

About the American Heart Association

The American Heart Association is a relentless force for a world of longer, healthier lives. We are dedicated to ensuring equitable health in all communities. Through collaboration with numerous organizations, and powered by millions of volunteers, we fund innovative research, advocate for the public’s health and share lifesaving resources. The Dallas-based organization has been a leading source of health information for nearly a century. Connect with us on heart.org, Facebook, Twitter or by calling 1-800-AHA-USA1.

Articles For Life chosen by Review Renew ACLS to share with everyone.  Because we believe life is worth saving. 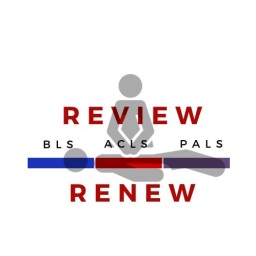 Review Renew ACLS is a local American Heart Association Certification Course Provider. In addition to this, we serve the Central Florida Health Care Community with Industry Related Topics. Our role in the community is growing and not limited to BLS, ACLS, and PALS Certification Courses. Resources for Jobs, Community Involvement and Respiratory Continuing Education Credits are also offered.

Please log in again. The login page will open in a new tab. After logging in you can close it and return to this page.